History of the Clubhouse

The Artists Rifles Regiment formed in 1859 as one of Queen Victoria’s Voluntary Forces. The Regiment had always attracted leading figures in London life and their recruitment slogan stated “only gentlemen need apply”.  In 1926 they built the Artists Rifles Clubhouse at Bisley as a training and a social base for their shooting teams. Many elements of the original building remain intact as well as a wealth of memorabilia, paintings, pictures, photographs and cartoons.

The Clubhouse remained in regimental hands until the MoD sold the building in 1967. In doing so the last bastion of the Artists Rifles regiment was lost and a former regimental home from home.

In 2003 the Clubhouse was purchased by former members of this illustrious Regiment.  This was in order to preserve and promote the Regiment’s former history and heritage as well as providing a venue for former and current serving members of the armed forces, police and those in the wider ‘ Crown Service’ community to socialise with like minded individuals.

We also formed our own exclusive shooting club, which we named the Mars & Minerva Shooting Club after the regiments’s badge.

Today’s Clubhouse has a thriving membership and offers exciting, social and shooting events. We have a welcoming and well stocked bar, delicious food and comfortable accommodation all found in a refreshingly relaxed and ‘ home from home’ environment.

Who are the Artists?

The Artists Rifles have a long and glorious history. The Regiment was raised in 1859 from a group of painters, sculptors, engravers, musicians, architects and actors, as part of the great Volunteer Corps movement that grew rapidly in that year in response to a threat of invasion by the French under Napoleon III.

The Corps was officially named “The 38th Middlesex (Artists) Rifle Volunteers”, and its first effective Commanding Officers were Henry Wyndham Phillips, the painter, and Fredrick Leighton who later, as Lord Leighton, was President of the Royal Academy.

Other prominent people in those early days were John Everett Millais, Holman Hunt, and William Morris. Amongst their latter-day successors were Noel Coward, and Sir Barnes Wallis, CBE, FRS.
The Artists badge was designed by Wyon, the Queen’s medallist, who also designed the Queen’s medal and the badge of the Â National Rifle Association (NRA). It incorporates the heads of Mars, the God of war, and Minerva, the goddess of wisdom, the motto being “Cum Marte Minerva” (Mars with Minerva), representing war and the fine arts. The Artists served with distinction in the Boer War and, of course, because of the First World War, had an unavoidable break from Bisley, when they served in France. In this period they produced 10,256 officers. 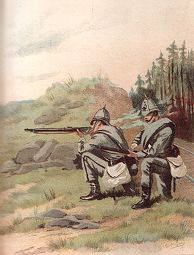 Between the wars, the Artists competed in major team shooting events with distinction, although they left what they called “pot-hunting” to individuals! 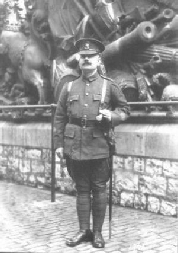 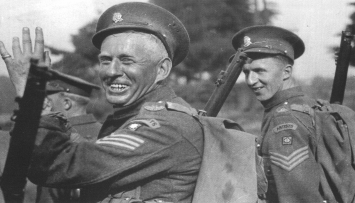 During the 1939-1945 war, the regiment never fought as a unit but was converted into an Officer Cadet Training Unit, supplying officers to other regiments.